How Common is Radon in Homes? 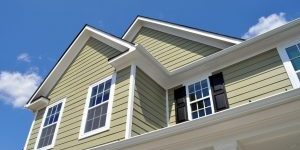 Across the United States, several different states and Native American territories have elevated levels of radon that can be dangerous to your family. According to the Environmental Protection Agency (EPA), nearly 1 in 3 homes in seven states had high radon levels over 4 pCi/L, which is the action level for radon exposure. You can find out how much radon is in your area with the EPA’s interactive map of radon zones.

However, this map can be misleading.  Some areas with generally low radon can have “hot spots” that cause a single home to have high radon levels. Therefore, it is recommended that ALL HOMES in the US be radon tested at least once in their lifetime, and preferably every two years.

The EPA and U.S. Surgeon General’s office estimate that as many as 20,000 people die annually from lung cancer due to radon. Radon costs the U.S. as much $2 billion a year in health care costs, and more in prevention, mitigation, and testing.

Much of the Mid-Atlantic and upper Midwest have geological formations that lead to increased radon levels. The West Coast and Southeast as far west as Texas usually have lower radon levels, but this can differ based on location. Testing radon gas in your home is essential to your safety as elevated radon levels have been found in almost every state, including U.S. territories.

When you inhale radon, the particles in the gas change the DNA in your lungs. If levels in your home are over 4pCi/L, over a period of years, this inhalation can increase your risk of lung cancer. Since radon is odorless, tasteless, and colorless, it’s a carcinogen you probably don’t know you’re breathing.

It enters buildings through cracks in the soil and can easily penetrate concrete. Inhaling 4pCi/L of radon daily is equivalent to smoking half a pack of cigarettes daily, according to the EPA. Radon in the home is a bigger killer than home fires and carbon monoxide poisoning together. It’s a preventable cause of death, and with the correct testing and mitigation, it’s possible to reduce radon-induced lung cancer exponentially.

How Can You Protect Your Home and Family?

The first step is testing for radon levels in your home. Since there are no overt signs of radon gas, an at-home testing kit or a radon testing company can inform you of your level. Elevated radon levels are a national environmental health problem, with as many as 8 million people in the U.S. live in homes containing elevated radon gas.

Once you’ve determined if your pCi/L is 4 or above, contact a radon mitigation company like DuPage Radon Contractors to help you set up a system. With a properly-installed radon reduction system, you’ll no longer have to worry about radon in your home.