Can You Vent Radon out of a Building? 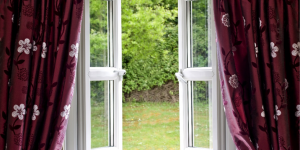 Yes, you can vent radon out of a building. A well-built active radon mitigation system will do the trick – it can push dangerous radon gas out of a building and safely away from breathable air. But there are a few less-than-effective ventilation methods for radon gas that exist, and we’ll tell you why they won’t be saving your lungs any time soon.

Radon Venting Approaches You Should NOT Take

Some people aren’t ready to pay for a fully-functional radon mitigation system, so they seek cheaper alternatives. Radon reduction, however, is one of those fields in which you get what you pay for.

We recommend avoiding the following approaches to radon mitigation.

Roof vents definitely open buildings to outside air and can come with a number of benefits – but working as an exhaust for radon reduction isn’t one of them.